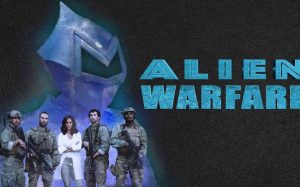 An elite unit of the Military Special Forces is designated to handle a dangerous mission that has alien implications. Only four of these people get accused by government officials of hiding certain discoveries they have made. There are few who have disappeared while working in this mysterious area, but when the military unit is on the mission they are expected by an alien life form eager to devour them. The four will be in a position to show maximum courage and avoid a major catastrophe.