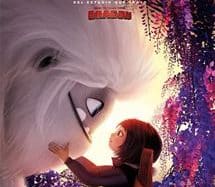 A spectacular journey of 4,800 kilometers from the streets of a Chinese city to the stunning snowy landscapes of the Himalayas. When teenager Yi meets a young Yeti on the roof of her apartment building, she and her friends Jin and Peng will decide to help him get this magical creature to reunite with his family at the highest point on Earth. They will decide to call it Everest and theirs will be an epic quest, as well as dangerous. The powerful Burnish will try to capture the Yeti, but Yi and his friends will do everything on their side to help Everest get home.
Animation film that writes and directs the filmmaker Jill Culton (Colleagues in the forest), who co-directs the film with debutante Todd Wilderman, who has participated in the animation department of films such as Los Croods: A prehistoric adventure (2013) o Home: Hogar dulce Hogar (2015). The voice cast of the original version features actress Chloe Bennet (Agents of S.H.I.E.L.D.) in the role of Yi, in addition to Tenzing Norgay Trainor (Liv and Maddie) as Jin and Albert Tsai (Coop & Cami) as Peng. The cast is completed by Joseph Izzo (Spider-Man: A New Universe), Eddie Izzard (Queen Victoria and Abdul) and Sarah Paulson (Glass).