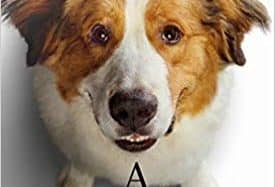 Bailey is a dog very loved by his owners and who loves them very much, especially the granddaughter of only two years old. Unfortunately, Bailey’s life years end in a cruel way, following a stomach cancer. Nine years later, Bailey gets a chance at a new reincarnation, this time in a puppy of a different breed, and even though she comes to the world with many other siblings, Bailey, now called Molly, remains the only one not adopted. One day, Molly was left alone, watching the former granddaughter’s granddaughter, now 11, and running towards her for adoption. The girl takes Molly without her mother’s news, who hates the dogs, and then the two share an impressive friendship.