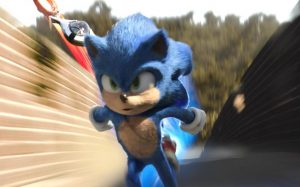 Sonic, the blue hedgehog who is able to run at supersonic speeds, returns to the big screen with this sequel. As in Sonic: The Movie, the previous film, Jeff Fowler will be the director again, while Pat Casey and Josh Miller will reprise as screenwriters. Once again, the popular character in the SEGA video game saga will return with a new adventure under the production of Paramount Pictures.