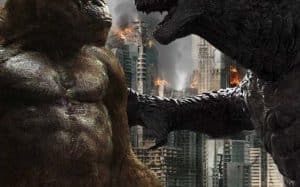 Two of the most iconic monsters in film history will face each other face to face. This film will face the mythical Japanese monster called Godzilla and the huge gorilla from the Skull Island named King Kong. Adam Wingard is in charge of directing this film that is part of the ‘MonsterVerse’, the new Monster Cinematic Universe that Warner Bros. is preparing.