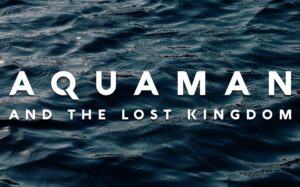 Aquaman and the Lost Kingdom

Return of Arthur Curry, aka Aquaman (Jason Momoa), the heir to the underwater kingdom of Atlantis. This film from the DC Comics cinematographic universe is the sequel to Aquaman (2018), based on the character created by Paul Norris and Mort Weisinger.